In typical Sampson style, we are rollercoastering towards the finish line of preparations. Last Monday, Big Reg failed the first roadworthy – not on all the things we were worrying about, but on brakes. After Mark spent a day consulting the experts, it was our truck safety guru Martin Graham, who solved it, via the phone without even seeing Big Reg: no-one had checked the brake fluid…

Meanwhile I was having an historic day at the Dept of Home Affairs. It’s taken more than two years but finally we have a complete set of documents: 4 South African passports and 4 British passports. We have lived in Cape Town since the early 90s and been Permanent Residents in SA since 2003, but only the prospect of border guards accusing us of stealing our Xhosa son (who was adopted as a newborn) could galvanise us into attempting to scale that mountain of red tape. Sorting Zola out with British Citizenship (‘Is your child a member of a terrorist organization, or has s/he ever associated with a terrorist organization, tick yes or no…’) proved just as taxing as getting Ruby confirmed South African – even though she was born here. Well, we are all now British AND proudly South African and we would like to pay tribute to Mrs Rushdiyah Davids at the Wynberg DHA who has been unfailingly patient and helpful while guiding us through every step of the tortuous process.

After their first week being home-schooled, the children started their mid-year exams – writing at a camp table and chairs in the middle of our empty house in the midst of all the last minute wiring, welding and hammering noises coming from the truck. They were rewarded with some fabulous winter sunshine to run around in at the end of the week, their last days playing in the treehouse in our garden that Mark built in memory of his Dad, the original Reg, a dream-mechanic who inspires us every day. 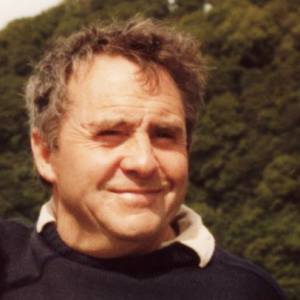 Friday was a day of days. Mark and Maxwell had slept in the Big Green Truck outside the roadworthy test station to ensure they were first in the queue at 8am. Not only did Big Reg pass in record time, but they picked up new engine pipes from Hose Solutions, replaced radiator water with Evans’ waterless coolant, then whizzed through licensing AND police clearance before 5pm. Maxwell said the ancestors were certainly with us today. They were back in time to take the whole family through to a combined office-warming and truck-leaving party at eMzantsi, the non-profit community project I have been running for the past 8 years.

Evans’ waterless coolant – going to save us in the Sahara

This long weekend we’ve been Packing for Africa! It seemed impossible that the piles of stuff stacked all over the house where the furniture used to be would all fit into the Big Green Truck, yet slowly but surely there’s a light appearing at the end of the tunnel. Now it only remains to resolve the continuing conundrum of the Congolese letter of invitation to accompany our visa applications… Keep your fingers crossed/hold thumbs for us, whatever your cultural preference!

This entry was posted in 0 South Africa. Bookmark the permalink.