Our Big Green Truck is an old Mercedes 911 bullnose which once pulled heavy artillery through Angola for the SADF and still had a gun turret when we bought it! We couldn’t really afford it, but Dietmar Frey kindly sold it to us for a song in 2010 because he wanted us to fulfill our dream.

Built in 1978 for the South African army, it had made one trip to Angola in 80’s war time

We recycled it, adding a bedroom for the kids over the nose cone and converting it from diesel to run on waste vegetable oil. We had already travelled more than 10000km around South Africa on used oil from Kalky’s fish and chip restaurant in Cape Town before setting off on our great adventure. 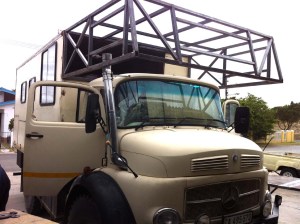 …to build a bedroom for the kids over the cab

We knocked through to connect the cab to the back 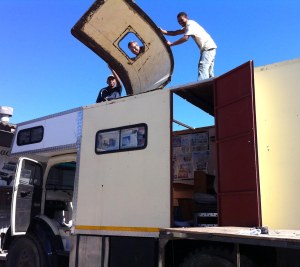 and rebuilt the inside…

to accommodate a family of four… 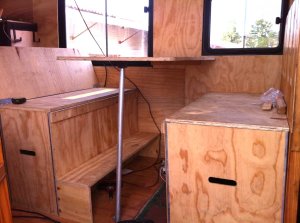 and a whole load of kak under the table…

Treetops Renewable Energy Systems provided us with 5 solar panels which give 30 amps power at 24v which we use an inverter to convert to 220v AC. Off this, we can run our fridge, lights, laptops and phones. Victron Energy upgraded the system, providing a state of the art inverter, colour monitor system and 2 extra panels thanks to the Centre for Alternative Technologies in Kenya. 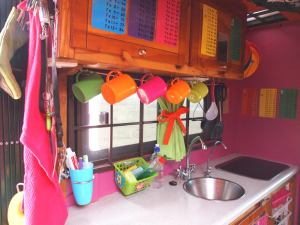 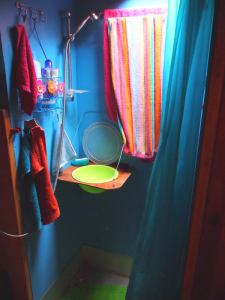 Special thanks to those companies who have assisted us with services and repairs to Big Reg en route: